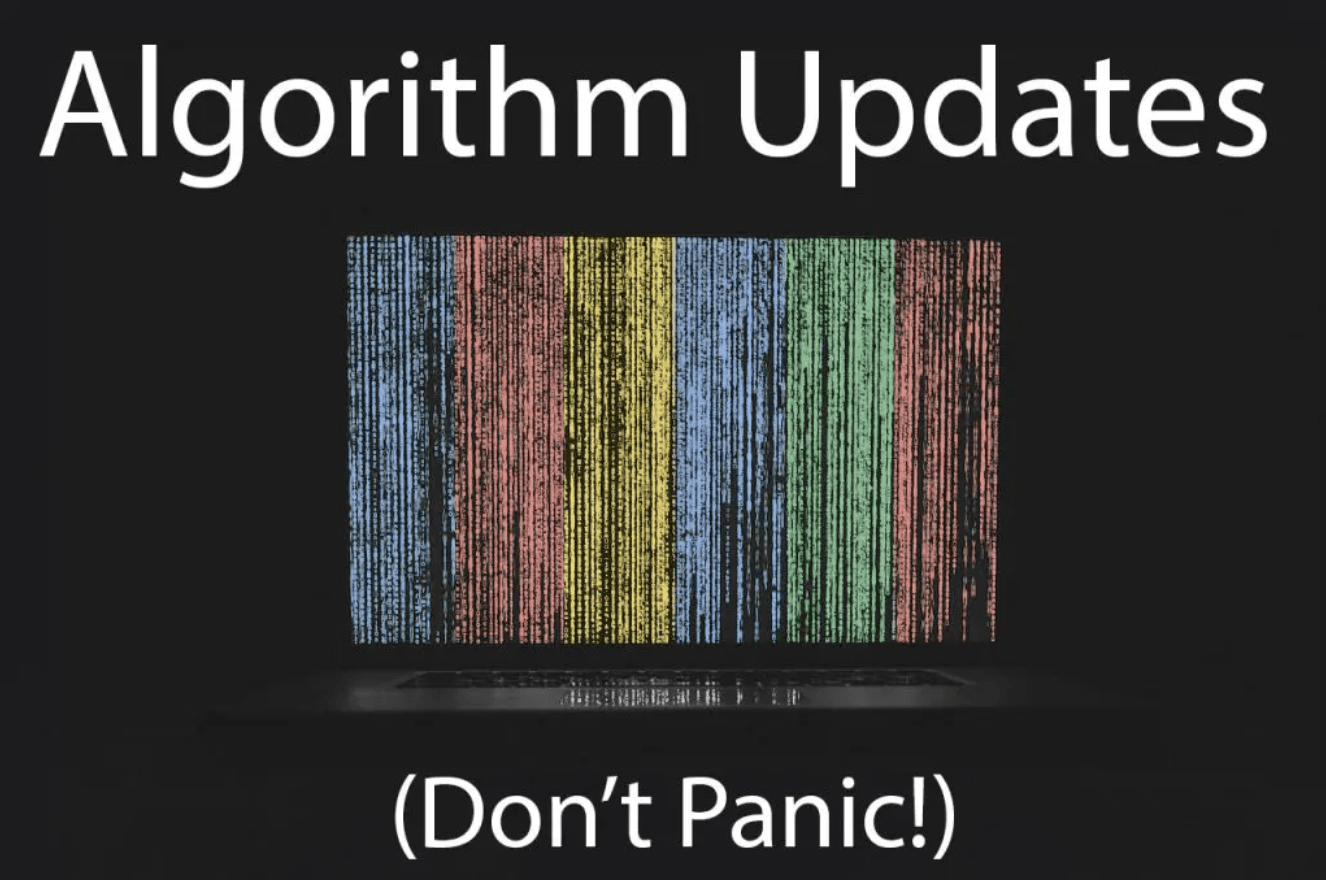 If you own a business that has any web presence whatsoever, then you’re likely constantly keeping tabs on your organic traffic. That is to say, traffic that makes its way to your website via a search engine (usually, Google).

We’re very much in that boat ourselves. As a digital marketing agency, SEO is embedded in everything we do.

To be clear, I don’t just mean “we do SEO for our clients,” either. SEO is crucial to our business. We don’t have an outbound team — so all of our business comes in via our website or through networking. SERPstat even called Kari DeIphillips, or CEO, as one of the top 3 women in SEO.

That means that when there’s a Google algorithm update, we often become obsessed with it.

As of writing this, there was just a particularly large algorithm update — simply referred to as the May 2020 update. Yet, if you’re looking for a big breakdown of what that update means for SEO, or how you can get the most out of it, you’re going to have to look elsewhere.

Instead, this is going to be a frank discussion of how an algorithm update can impact your business, what you can do, and maybe just as important — what you can’t do.

What is a Google Algorithm Update?

Simply put, Google — from the very beginning — has based its search results on an algorithm. Before Google monopolized the search space, search engines typically would just look for keywords — discounting links, relevancy, and basically anything else that we’d expect a modern search engine to do.

This system was easy to game — and it led to search results that weren’t particularly useful.

Google upended this system by developing an algorithm that would weigh pages based on their relevance, how many people linked to them (referred to as backlinks), and a handful of other factors.

For obvious reasons, this system has continuously evolved over time — it’s Google’s bread and butter, after all.

Per Google’s typical announcement, every update is designed to deliver a better search experience for users. After all, Google wants you to continue, well, Googling.

To do this, Google frequently updates their algorithm. Major Google algorithm updates happen, generally, two to three times per year. Minor updates, or adjustments, happen sporadically, although Google typically doesn’t talk much about them.

How Does Google Change Its Search Algorithm?

If we could answer this question with authority, we’d be surfing on a literal wave of money.

The short (and authoritative answer) is that they are sharpening it — making it more sensitive and better equipped to deal with the evolving internet. That means getting better about determining what backlinks are good, what information is factually correct, what phraseology or sentence structure is most effective at conveying information, what pages are easiest to browse, and so on.

The longer answer is this: we don’t know how Google changes its search algorithms, or even when it’ll happen.

There are plenty of blogs dedicated to finding the answer. After every Google update, there will be hundreds (thousands?) of blog posts pouring out of every agency, SEO “guru,” and digital marketing news site. Some will analyze past patents, some will analyze large data sets, some will even dig through past statements Sundar Pichai, CEO of Alphabet, has made.

Google isn’t going to be of much help, either. They’ll just link you to this page.

To save you a click, I’ll sum it up: write good content, optimize your page, don’t say things that are obvious, and don’t lie or mislead your audience.

Here’s the thing though: it’s not that easy.

An Honest Look at the May 2020 SEO Update

At TCF, we’d like to think we’re pretty good at SEO. We’re frequently quoted in the media re: SEO, and our CEO co-founded the largest network of femmes in the SEO industry.

We’ve helped many, many clients achieve their goals (and continue to achieve their goals). We’re all about that ROI life. You can go take a look at our case studies to see just what we can do — and that’s just a small sampling of what we’ve done over the years.

Likewise, with this update, we have some big wins:

This client in the online pharmacy business saw an increase of 2,000 keywords, and had their traffic shoot up by nearly 20%. While we won’t name the client here, we can also say that this wasn’t junk traffic — they saw a matching increase in sales. Awesome!

Here’s another client — this time in the home improvement business — a smaller, but still significant, improvement. While their growth is less impressive, as their website is less than a year old, they added 250 keywords and had a 10% increase in traffic.

(As an aside, would you like to know more about how we generate killer KPI reports for clients that get them to sign on for more business? Click here to learn more.)

Much like the first client, their sales also increased – and substantially.

Per the rule of three, here’s another client as an example — and you can see their traffic is through the roof!

Well, except that it… isn’t. It’s quite down. And that isn’t a client. That’s us.

While most of our clients benefitted from the May 2020 update, we didn’t. We plummeted. Our traffic is down around 50%.

So, what did we do differently?

This is the part in the blog where, typically, an SEO guru hands you a nugget of information: the secret to SEO, at least for the next six months.

Nothing. We did nothing different.

We have good content — we get positive feedback on it daily. As an agency, all of our writers are full-time employees, and more than half of the people on the writing team have advanced degrees.

Our blog posts have earned us millions of dollars in business, and have helped numerous people learn the ins-and-outs of digital marketing. PS: If you’d like to learn more about how we’ve done that, check out our Rise & Convert SEO course.

We are extremely proud of our content. We’re also proud of our website. It’s organized, optimized in basically every way, and so on. Our backlink profile is healthy (we’ve never bought a backlink, or a guest post, or anything like that at all), and we’re just generally doing everything right.

But unfortunately, with Google algorithm updates, sometimes it doesn’t matter.

While we’d love to say we’ve set up both of our clients for success (and we’ll totally take credit for their progress up to that point), the reality is that the bump that they’ve gotten has very little to do with our work. The truth of the matter is, a lot of Google’s algorithm tweaking can (and probably is) relatively random.

Google frequently “experiments” on certain SERPs (or the search engine results pages), with some pages completely jumbled up in nonsensical ways, only to snap right back a week later. We generally think the same thing is happening with some of these large updates: they’re tweaking priorities, seeing how pages and searchers react, and then toning things back.

This isn’t the first time we’ve gotten drastic results after an update: after one update, our traffic doubled — overnight. During another, our traffic sank. Unfortunately, it looks like we’re in the latter camp again.

So, what can you do if you’re in our position? 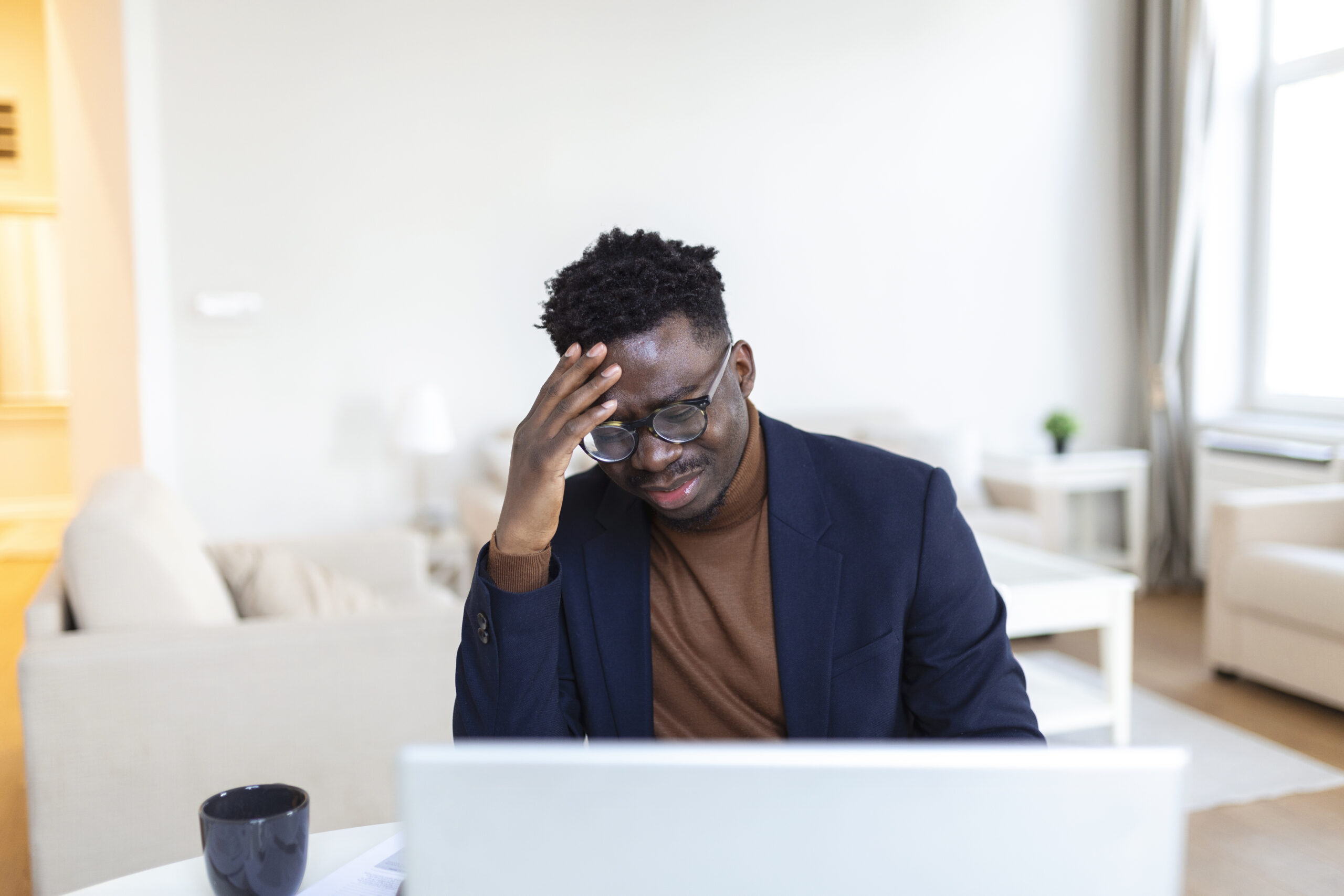 Image by stefamerpik on Freepik

Don’t Panic: How You Can Recover from an Algorithm Update

Google’s advice is frustrating — and, to be honest, a little condescending.

Credit Karma — a huge business that pulls in tens of millions of hits per month — had their traffic cut in half by the last update. This is a company that was doing seemingly everything right. They have a team of SEO experts, a good platform, accurate information, an easy to use website — it’s all there.

And you know, I’m sure their SEO team is going to love telling their boss we just have to continue to write good content!

But the thing is, they aren’t wrong.

“But what about the YMYL (Your Money Your Life) updates! If we add signatures under our blog, and modify our meta descriptions on each page, won’t that help?”

Uh, no. Probably not.

Can You Beat the Google Algorithm?

So you’ve read through the above 1,500 words, so now you’re deep. This is the good stuff. Google doesn’t scan this far anyway.

It’s time for you to learn the secret.

You can “take advantage” of the algorithm update in the ways we’ve highlighted above. You can regroup and rebuild so that you come back stronger (remember: your traffic will come back — unless you’re doing something terrible).

We’re repeating ourselves a lot here, but we really want to emphasize this: no one actually knows how to “take advantage” of any algorithm update.

And if they did, they wouldn’t be sharing it with you, because they could pocket that secret and dominate basically any SERP they’d want to control.

Every SEO analyst worth their salt will tell you the same thing we’re telling you: write good content, polish up your site, and strap in for the long haul.

But My Job! My Company! Are You Sure There’s Nothing I Can Do?

Look — we don’t want to sound like we’re lacking empathy here, because the reality is that we truly do feel for you. Seeing your traffic go up in smoke when you’re doing nothing wrong or shady is horrible.

It’s even worse when you see clients or competitors using the exact same strategy and succeeding — in some cases, even ranking for keywords they have no business ranking for!

Sure, that’s great and all, but I’m not going to take credit for those keywords. That’s just not how we do business. There’s plenty I can take credit for, and I know that tomorrow, all of that traffic could vanish. That’s often what happens with traffic increases due to algorithm updates.

And personally — and to be clear, this opinion is my own, not The Content Factory’s — I think it’s borderline unethical (and in contrast to Google’s old motto) to release such a drastic, swinging update that’s just so random during a global pandemic. So many businesses were already hurting, and so many folks were already being let go.

It’s not that I think Google shouldn’t refine their algorithm. No — they should! It’s just that if you’re going to do that, provide guidance.

(And when I say guidance — I mean real guidance. Or sticking to your guns. It’s a bit frustrating that stuffing alt text still works, even though the guidance has been to use it for accessibility like was originally intended.)

Once again: we get it. We’ve been there.

We know that it’s frustrating to get told by Google (and us) that, really, writing content and just following best practices is how to tackle this sort of thing… but that’s the truth. Unfortunately (or fortunately, depending on your perspective), that’s what most SEO comes down to.

If you know the best practices (and they aren’t as complicated as you think they are) and you write good, informative, valuable content you’re going to be fine. Sprinkle in some high-quality backlinks, and that’s really all there is to it.

The hard part — as is with everything in life — is just doing it.

So yeah. If an algo update hit you sideways we’re sorry you’re suddenly driving the struggle bus of SEO, know that the best course of action is to A) not freak out, and B) keep on keeping on, because eventually the algorithm updates will shake out and you’ll be on top again.

How to Create SEO Reports for Clients (+ FREE TEMPLATE!)